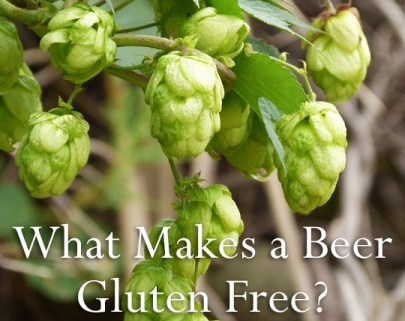 What Makes a Beer Gluten-Free? 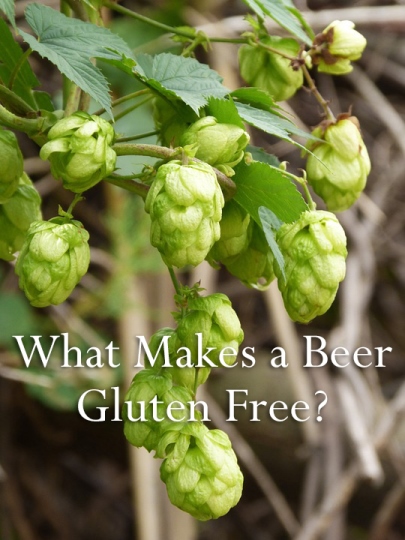 Most traditional beer is made from malted barley, wheat or rye that all contain gluten.  So what makes a beer gluten-free?

Since, these traditional ingredients are not gluten-free brewers have to be a bit more creative with their selection of ingredients. This means finding alternative gluten-free grains to brew with such as sorghum, millet, buckwheat, amaranth, potato starch, rice, quinoa and corn.

There are a few challenges when brewing with alternative grains outside of just selection of grains.  There is often a lack of nutrients that yeast need to stay healthy and multiply. Also, alternative grains often lack enough internal enzymes to convert the starches to sugars that the yeast in turn can digest and create alcohol. All of these things make creating an alternative grain beer that tastes like a traditional beer style from a malt perspective very challenging.

Hops and beer go hand-in-hand and happen to be gluten-free.  They are used to add flavor, aroma and bitterness to beer. They contribute a variety of desirable flavors and create balance between the malt with bitterness depending on the style of beer being made. In addition, they are also used as a natural preservative. One thing to keep in mind is the interaction of hops and beer is not always straight forward and this is especially true with alternative grains. For instance, dry hopping with certain hops could add an astringent bitterness rather than an intended increase of hop aroma and flavor.

Double Seclusion IPA
Scroll to top
Are you 21 or older? This website requires you to be 21 years of age or older. Please verify your age to view the content, or click "Exit" to leave.